If your home is suffering from damage caused by a roof leak, broken plumbing pipe, or any other home disaster.  If you are concerned about the water damage restoration cost, this article is for you. 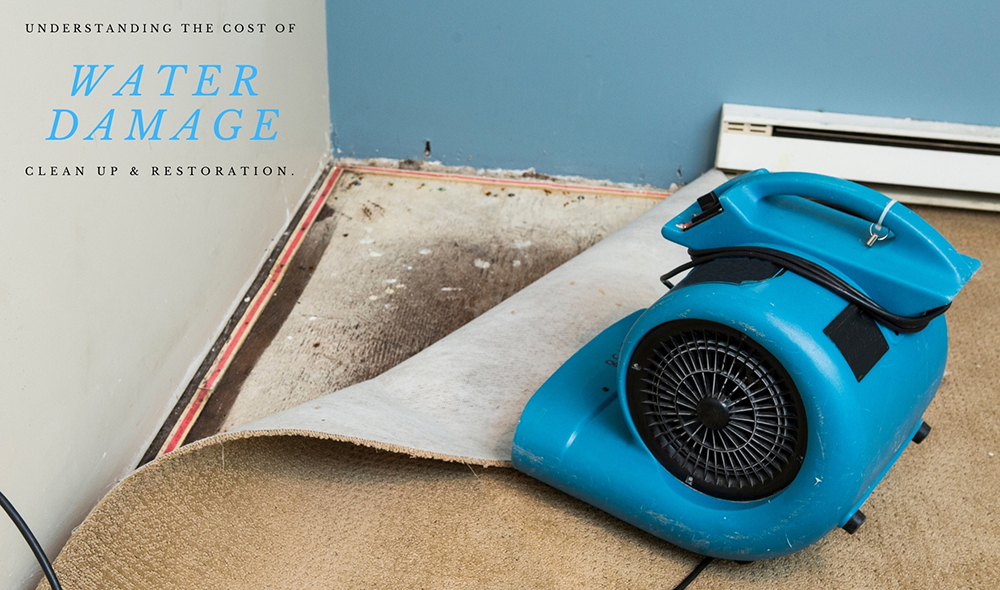 At least once in your years as a homeowner or as a renter, you are likely to have to face a frequent enemy – water invading where it isn’t wanted. Maybe it happened due to an emergency event such as a hurricane, or maybe it was the result of something else, such as a plumbing leak or an appliance malfunction.  Or maybe it was the unfortunate day your water heater developed a crack and gave up the ghost (We all know this happens only on weekends or holidays). And then, there is even the possibility that you aren’t at home when it happened; maybe, you were even on a cruise to nowhere. Now, you have to face it and learn about the cleanup process. For most South Florida homeowners the first thought is how much is the water damage restoration going to cost?  Here is a basic guide to the cost and process involved when restoring your South Florida home from water damage.

According to, a major franchiser in the water damage restoration market, drying out the space is only the beginning. Once you remove the water, the space needs to be thoroughly dried. And, then there is the lovely odor that lingers. Additional disinfecting and sanitizing may also be required, especially when you consider that the source of water may not be from a clean river stream. While estimates put the cost of $2700 for the average job, the estimate grows to $7500or more if there is more severe damage.

The website www.fixr.com estimates the cost of water restoration as between $2000 and $5000 while categorizing water damage into three categories with differing prices for cleanup. “Clean Water” is without chemicals or fecal material. “Grey water” also does not contain fecal matter, but there may be a small amount of contaminant and it could cause health issues if you drink it. Finally, “black water” is every South Florida’s nightmare. It is contaminated with either toxins or human pathogens or some of each. This final category would occur most frequently through sewer backups or leaks from toilets. The cost of cleaning up black water will be nearly twice as much as cleaning up a clean water problem.

Fixr also breaks down water damage according to Classes. Class 1 jobs affect only small areas with minimum moisture while Class 2 would involve a large area with more moisture. With a Class 3 leak, water often leaks from above and impacts large parts of walls, ceiling, and floors. And let’s hope you never get a challenging Class 4 leak, which involves specialized water damage jobs with difficulties in reaching the areas impacted. By class 4, the estimates grow to $2500 and above. This doesn’t include the cost of mold removal, which according to www.hgtv.com could run from $500 to $6000, depending on the extent of the infestation. 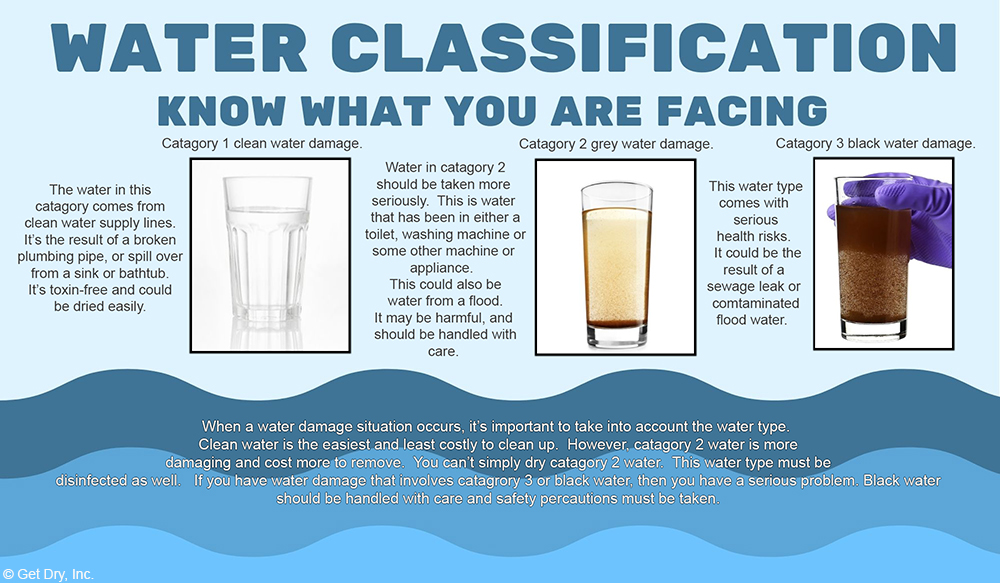 Once the water is under control, reconstruction may begin after the area is totally dried out and the initial problem solved. This will not be cheap. After all, you may need to replace drywall, replace carpeting or flooring, repaint and more. Maybe, your hot water heater will have to be replaced or your shower tile removed and retiled. So, extracting the water is only the beginning. Flooring alone could run into thousands of dollars. Home Depot estimates a total cost for installing a solid wood floor at $7.80 per square foot. If we are talking about your 400 square foot living room, we are over $3000 just for that one repair.

If you have a fair amount of damage above your deductible, it may be time to file a claim with your homeowner’s insurance company. According to the Insurance Information Institute, if your water heater bursts or a pipe bursts upstairs and the ceiling below is saturated, your homeowner’s insurance policy may cover it. If you have a lot of damage, you may decide to hire a Public Adjuster. This is similar to the concept in real estate where you hire your own buyer’s agent, since the real estate agent typically represents only the seller. The Public Adjuster’s fee is regulated under Florida law. Although your insurance company has its own adjuster, that adjuster is paid by the insurance company and may not have your best interests at heart.

Of course as a Public Adjuster in South Florida we are going to say yes.  However, this is a yes that is backed up by facts.  In our experience, we often get new clients as a result of a denied insurance claim.  Often it goes like this: A home suffers roof damage as a result of a hurricane or a windstorm.  Over time water intrudes into the attic and eventually finds it’s way into the ceiling.  The result is a brown spot on the ceiling or in the corner of the ceiling and wall.  The insurance agent is called and the insurance adjuster visits.  The insurance adjuster determines that roof repair is needed.  The cost is $2000.00 to repair the roof.  Over the next few weeks or months the homeowner may develop a cough, or other allergy like symptoms.  Sometimes the homeowner will smell something strange, similar to old socks.  Eventually mold is found growing in the attic.  When the insurance company is called and the company insurance adjuster visits, the homeowner is informed that this is a separate situation from the roof damage and the deductible must be paid again.  In some cases the claim could be denied because the time between the initial damage claim and the new damage claim was too long, (In the eyes of the insurance company.)  There are hundreds of reasons why an insurance claim could be denied.  A public insurance adjuster has the ability to re-open the claim and force the insurance company to re-open the claim.

For a South Florida homeowner, heading off a potential water damage problem is critical.

If you discover potential problems with your plumbing (we all have them) and take care of them immediately, the savings will be enormous. For example, an easy problem to think about is your hot water heater. Believe it or not, its life expectancy is only between 8-12 years. If you are in that range or over, you should have it inspected at least once a year. If it is over 12 years old, you may decide it makes more sense to just replace it. If you notice a wet spot on any of your ceiling, don’t ignore it. Hire someone to discover the source before the damage grows. If you are vigilant, you may be one of the lucky homeowners who will escape the high cost of water and mold restoration.